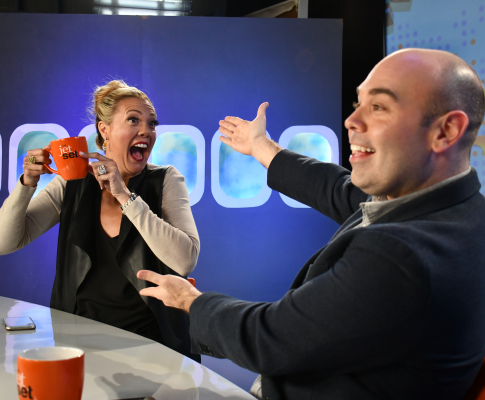 During a time in which the travel industry and everyday life hit the pause button, millions of television viewers hit “play” and turned on the nationally syndicated travel and lifestyle talk show, “The Jet Set.” Viewers turn to the show each week to stay up-to-date on the latest travel news, for a quick escape to explore a new destination and culture from their living room, and for lifestyle tips and recommendations to make each day a bit easier. Now, ahead of the program’s seventh year on television, the show is being made available in over 40 million additional homes.

Beginning April 1, 2022, “The Jet Set” is happy to announce the addition of 74 new broadcast stations and an increase in presence in over 91 television markets thanks to a new distribution agreement with the national cable network YouToo America. The network will air the show Fridays at 6pm Eastern/3pm Pacific. “We’re so happy to be returning to YTA,” said Bobby Laurie, co-host of The Jet Set. “The Jet Set started on YTA and helped launch us into a successful run and we’re excited to be back.”

The new weekly airing will be in addition to The Jet Set’s current clearances on the national cable networks ZLiving, OneCaribbean and The Rural Channel; ABC, NBC, CBS, TheCW and FOX network affiliates; broadcast networks FunRoads, RCN TV, RightNowTV, bespoke, and AMGTV; and various over-the-top and on-demand platforms such as Roku and Amazon FireTV. Additionally, The Jet Set is one of the first television programs with video episodes now available on Spotify.

“We love hearing from our viewers and getting everyone involved in the show and now it’s even easier to catch each episode and to let us know what you’re up to, where you want to go, and where you want us to go,’” Nikki Noya, co-host of The Jet Set, said. “With the travel industry rebounding and everyone ready for a vacation, we’ve also got a lot of free trips to give away and other fun surprises planned for Season 7!”

The renewal of the series for another season also clears the way for The Jet Set en Espanol to continue for the next year. Hosted by Juan Albarran, the Spanish language version of the program has seen over 5 million viewers.

The Jet Set is currently releasing all-new episodes through March 2022, with Season 7 set to premiere the week of May 2, 2022 nationwide. Encore presentations of The Jet Set featuring Whidbey Island, Washington; San Juan & Orcas Island, Washington, and Scottsdale, Arizona will precede the premiere during the month of April on YouToo America.

To find your local time and station, please visit TheJetSet.com

About The Jet Set

The Jet Set offers viewers a weekly dose of travel news, lifestyle trends, inspiration, interesting and informative guests, and destination features shot on-location. The show is hosted by former flight attendant and television travel expert Bobby Laurie along with health and wellness expert and Mom, Nikki Noya. The Jet Set en Español is hosted by world traveler and photographer, Juan Albarran. The program airs in all 210 US TV markets including The US Virgin Islands and Guam, across Canada and in 11 Caribbean nations. The show has recently been honored with an AVA Digital Award.

drive through car wash near me