Financial planner Evelyn Zohlen is keeping an eye on inflation, but eye-popping price increases haven’t prompted her to make dramatic changes in client portfolios. She compares her approach to that of building a house; you want a foundation that can withstand unpredictable forces of nature. “The trick is to not make short-term emotional changes in a portfolio based on the headlines, but rather to be disciplined and patient,” says Zohlen, president of Inspired Financial, an eight-person wealth management firm with $289.5 million in assets in Huntington Beach, Calif.

In a wide-ranging interview with Barron’s Advisor, Zohlen, a military veteran and native Texan, spoke about her approach to portfolio construction, why it doesn’t always make sense for Californians to retire in states with lower taxes, and her love of Disneyland.

You were in the U.S. Air Force before becoming a financial advisor. Did that experience influence your advisory career?

To my surprise, being a financial planner is not so different from some of the work I did as an intelligence officer.

As an intelligence officer, part of your responsibility is to collect lots and lots of different data points and to pull them all together, create a picture of what’s the situation, and then a strategy for achieving goals going forward. Being a financial planner is not so different. You’re collecting data from all sorts of different sources and then creating a picture and then a plan for going forward.

After you left the military you worked at Vanguard. When did you decide to become an advisor?

You not only changed careers, you moved from Philadelphia to California, right?

Take some time Friday afternoons to see what’s on the minds of our top-ranked advisors and senior industry leaders in our weekly Q&A. Plus a round-up of the top wealth management news of the week.

I had an opportunity to buy another financial planning practice in 2005. It was in Southern California. When I merged the two of them together, I elected to move to California. I’ve been here ever since. I love it. There’s no comparison with the weather. The cost of living is a little more, but if you’re outdoorsy at all, Southern California is wonderful.

[When I made the move,] I talked with all my East Coast clients about what I was doing, and I told them I would love to remain their financial planner. Bear in mind this is pre-Zoom, so I expected them to say, “We like you, but we’d rather have someone local.” But they all said, “California is great, and we don’t want to find another financial planner.” So twice a year I was making the trip back to Philadelphia [to see clients]. We continue to grow on the East Coast, which is a surprise. Now it’s easier with Zoom. But at the time it was remarkable they stuck with me.

You’ve expanded your team during the pandemic. Did you have second thoughts about expanding your payroll just as the economy was going into lockdown?

There’s a challenge in our profession, especially within small firms, about building a team on a timely basis because owners have to pay any new team members directly out of their wallet share. Sometimes that causes owners to be a little shortsighted when it comes to hiring new team members. They’ll wait until everybody’s being crushed [by the workload] before they’ll bite the bullet.

So I’ve tried to be a little more forward thinking when it comes to building a team. It takes time to find, recruit, and train associate planners.

In early 2020, I had been in the hiring process for months for two different positions on my team. I literally extended offers to a new lead planner in February 2020 and a new client service professional in March 2020, both right before everything went sideways with Covid. I’d like to say it was because I had vision, but some of it was just, “Darn it anyway, I spent months hunting for these people, and the last thing I want is to lose them.”

I also ended up hiring two associate planners in January 2021. Again, the time involved in posting the job, identifying potential candidates, screening them, and then narrowing it down—it takes forever. So I think that I would rather be a little ahead of the game and have the extra capacity than wait too long until we’re all crushed and miserable.

How has rising inflation changed your approach to client portfolios?

The short answer is it has not. The longer answer is my approach to build a portfolio that’s right for the clients to achieve their goals. I rely on academic research and evidence to build those portfolios and to provide a foundation that works in high- and low-inflation environments. For example, our portfolios always are going to include a dedicated target to short-term bonds, which are highly responsive to inflationary environments. Short-term bonds by definition are going to be maturing very rapidly, and whatever the new interest-rate environment looks like, they’re going to be keeping up with that increasing inflationary environment. We also include a dedicated target to inflation-protected bonds. It’s not a huge allocation because interest rates historically on inflation-protected bonds have been so meager that I didn’t want to bet the farm on that. But again, it’s about balance and the whole picture.

The third component of that foundation that’s tried and true through high inflation or low inflation environments is allocation to stocks. I think that sometimes folks forget that stocks are not static. Companies that have to operate in a rising inflationary environment still want to make money and have earnings and pay shareholders. They’re going to adjust their business operations, their pricing, maybe their expenses—they want to be successful, whatever the economic environment is. And so stocks tend to keep up with inflation over time as well. Of course, with any of those asset classes, there’s a lag. The trick is to not make short-term emotional changes in a portfolio based on the headlines, but rather to be disciplined and patient.

You’re in California. Do a lot of retiree clients ask you about relocating to another state with lower taxes?

If you go pretty much anywhere else, state income taxes will be significantly less and in some cases zero. But the trick is that it has to be right for the situation. It’s rare that it makes sense to pursue this purely for tax reasons. In all the years I’ve been doing this I can count on my thumbs the number of times that it made sense for someone to do that. Usually, their grandkids are here or near here. So all the tax savings in the world, or even a lower cost of living—all of that isn’t worth it if they miss out on their granddaughter’s dance recital.

You are a past president of the Financial Planning Association. How did you get involved with the FPA?

I actually got involved in FPA before I was even a financial planner. When I left Vanguard, I took a few months to finish my Certified Financial Planner coursework. During that period of time, I thought, “OK, I’ve got to take my own exam, but I don’t want to be walking this path all on my own. There must be some place where financial planners get to help, support, and learn from each other.” I hopped online and [found] the FPA.

They’re always seeking volunteers for different projects. At the very first meeting that I attended, the pro bono director said, “Hey, we are going to be sponsoring a junior achievement class and you’ll be teaching eighth graders about financial literacy topics. If you’re interested, let us know.” I volunteered and ended up doing it for several years. And it took off from there.

I really believe that having a professional association can elevate the profession. It also made me a better planner. I met folks who were so much better than I was. Most planners are so generous with their time and intellectual capital. I wouldn’t be the planner I am today without the [FPA].

The organization has a new CEO, Patrick Mahoney, who is striving to increase membership and make the FPA more relevant to planners. What do you think of those efforts?

I think Patrick and the current FPA leadership are doing a great job. It’s a big ship, and it takes time to move a big ship. But their focus on who is the core membership—the Certified Financial Planner professional—and how do we serve them is important. It’s like a planner with a firm—if you identify a niche, it makes it so much easier for you to make decisions about where to dedicate your finite resources. So let’s check in on this in two or three year and see how they’re doing.

What do you do for fun?

I love to eat and to cook. I am a runner. And I am a big traveler. I have a case of wanderlust.

I am a Disney fan. I own an annual pass to Disneyland. When I moved to California, I didn’t know anyone, I was freshly divorced, and it was like a double whammy of being a little lonely and trying to figure out what this new community would look like to me. So the happiest place on earth provided a little bit of a social connection. I could walk around Disneyland and just kind of take up that energy. I’ve had an annual pass ever since.

What’s your drink of choice?

I live in California, so wine. I am actually a Wine & Spirit Education Trust Level 3 [a wine education program]. Any wine nerd would sit up and take notice of that. They’d be like, “Look at that, a wine nerd!” But if I’m going to have a cocktail, it’s a French 75.

What’s the best part about being a financial planner?

Changing lives. Nothing better. It sounds like a rote tagline, but it’s truth. Every day we have an opportunity to change a life. There’s not too many other professions where you get that. 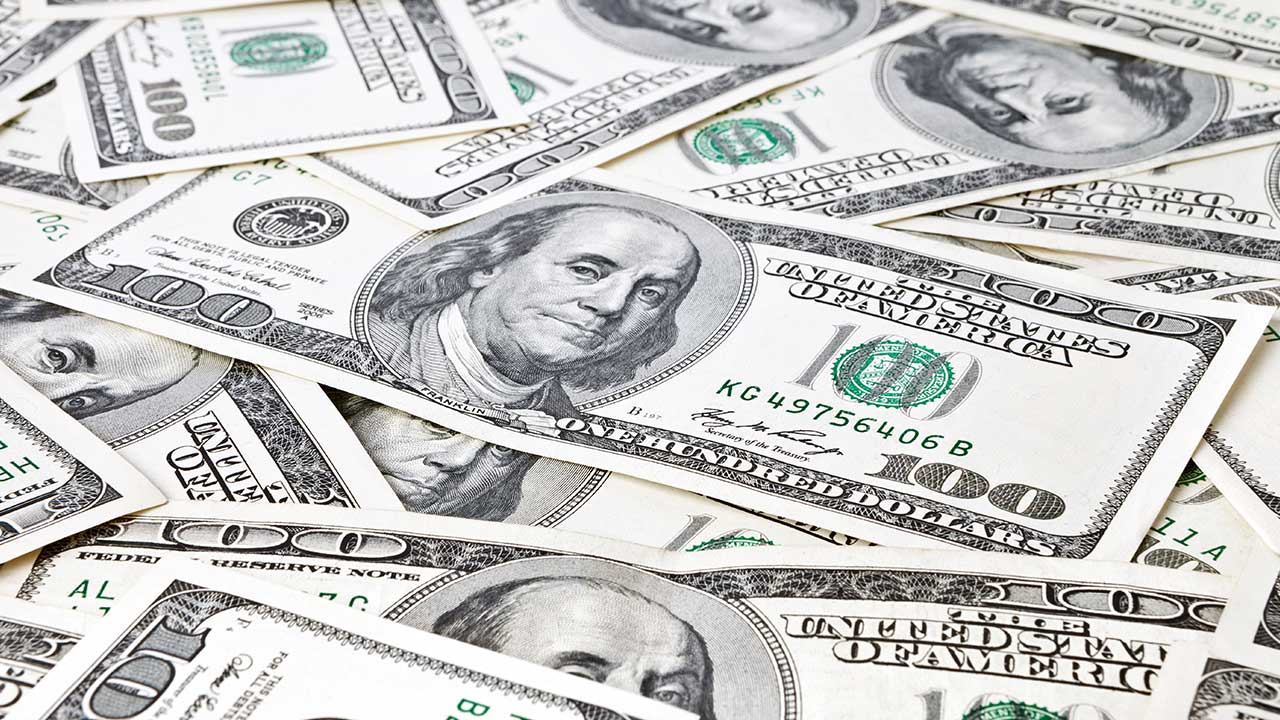 The importance of language skills when travelling